The six companies include Alcatel-Lucent, Ericsson, Huawei Technologies, NEC, Nokia and ZTE, however the minister stressed the invitations did not mean all six companies would be participating in the tests, which will help collect real-time information about a LTE network in the 700 MHz frequency band.

Mexico’s government, which estimates the network will require an investment of about USD 10 billion over 10 years, is aiming to publish the initial terms of the tender to build and run the network in December and pick a winner in mid-2015.

Almost two years after starting its operations in Brazil, Twitter is planning to expand in Latin America, naming Carlos Moreira Junior to foster partnerships with content producers and celebrities in the region. The goal is to ensure that sentences or phrases preceded by the hash symbol are present in TV shows, sports broadcasts and other actions promoted by companies or by the celebrities.

The logic is that the more excitement around the service, the greater the appetite of advertisers to buy advertising space, thus ensuring growth for operations. Moreira Junior said that the first targets of this process will be Colombia, where Twitter has just opened an office, and Mexico. He expects the first results will be achieved within a space of six months.

The thought of having more than one active cellphone may seem like a stretch to most people, but in many parts of the world, it’s more normal than you think. In fact, in Brazil, Russia, and China, it’s rather commonplace. According to a study by the Nielsen Wire, in Brazil alone, 48% of mobile users own two or more phones.

This is a staggering number when you compare it to a mobile market like the USA, where only 17 percent of mobile subscribers own more than one device. What’s even more surprising, ownership of three or more phones in Brazil is at 15 percent, putting it higher than the US, China, and Russia in that category.

The use of multiple phones is also a growing trend in China, the world’s largest mobile market, where more than one in three mobile subscribers owns multiple phones..

But what’s the impetus for increasing multiple device ownership in these countries? In many cases, it’s just a matter of people keeping their old devices after an upgrade, opting to save the original as a backup. In other cases, people own multiple devices to keep a clear separation between their work and personal life, having one phone for each. There’s even a distinction in what types of phones are used when having one phone for work, and one for play. In places like China and Russia, for example, smartphone owners were more likely to use their handsets for business, whereas most non-smartphone owners had phones for personal use.

Another big factor fueling the multi-device trend in these countries is the pre-existing used and refurbished phone market. In Brazil, used and refurbished phones account for nearly 10% of all mobile phone ownership. This number is expected to grow further, as general market expansion will push both the number of new devices, and used/refurbished devices in the next 5 years. Whether it’s 1 phone or 3, mobile adoption is on a steady rise in Brazil, China, and Russia. And with the power of population, plus adaptable marketplace, the sky is the limit for mobile business.

What is Latin Target? Find out more at www.latintarget.com

With the demand for data growing in many parts of Latin America, there’s little surprise in Chile’s most recent move into bringing LTE technology closer to home. Late last week, Chilean mobile operator Entel made a strategic choice by selecting Swedish telecom giant Ericsson to deploy its 4G LTE networks as part of a strategic alliance the two companies have committed to. The move symbolizes a growing trend in the region to upgrade cellular network data in order to meet an ever-increasing demand. As we’ve mentioned before, mobile broadband adoption in Latin America is overpassing fixed broadband, and the race to see who can develop the best network, fastest, is well underway. 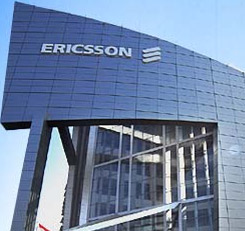 Entel announced this most recent news in a written statement released to local press in Chile, and has plans to further disclose more details as the project progresses. For now, Entel is very optimistic about this partnership, and feels that there’s no better group to work with at this time than Ericsson. According to a statement made by Entel, “Ericsson is the largest international provider of LTE technology (4G) and mobile broadband…” adding that they will “introduce cutting edge technology and provide a platform for Ericsson to test its new products and services.” All in all, it’s a win/win for both companies. Ericsson gets to expand its market reach to Chile, a country with a booming data and tech demand. Entel gets tested, proven technology that they can implement far more rapidly than if they had to develop and test in house.

Other LTE Projects in Chile

Entel, along with Telefonica’s Movistar Chile, and América Móvil’s Claro, together won the LTE spectrum rights in the 2.6GHz band category in July 2012. They each now have 12 months to roll out the infrastructure, and capitalize on implementing the networks into the Chilean marketplace. Movistar also made an announcement announced on Feb 21 that it had chosen Nokia Siemens Networks (NSN) for its LTE rollout. This move follows Claro, who announced a partnership with Nokia Siemens last November. If these projects are successful, Chile could be used as a model for other telecoms in the region to follow suit, and partner up with other foreign entities for further LTE projects in the future.

América Móvil, who was the first to make such a partnership, plans to launch its LTE in Chile within the next month or two, which would make it the first out of the three companies to do so. In a market research study released last November, it was reported that NSN had actually gained ground on market leaders Ericsson during Q3 2012, watching its worldwide market share rise to 20% from 18% in the previous quarter. Likewise, Ericsson saw its market share fall just slightly by 1.5 percentage points to 34%, which still leaves it at a greater advantage than NSN as far as overall market presence. Needless to say, both companies will be competing heavily to roll out successful LTE technology in Chile this year.

Entel’s move with Ericsson should be a good indicator on the potential value of the Chilean mobile broadband market. With smartphone and data adoption expected to grow in the 20-30% range annually over the next two years, it appears that the rush to invest is well under way. Though we may not have seen these networks in action yet, all signs point to quick implementation, and even quicker adaptive trends, both in Chile, and across the continent.

Get access to Entel and other Chilean mobile operators with Latin Target.

“The Latin America results are in line with global results, which also point to 60% of operators targeting to launch LTE between 2012 and 2013,”, says Marceli Passoni, senior analyst at Informa Telecoms & Media. “This is unprecedented given that previous mobile technologies including 3G were deployed in developed markets first, and then in emerging markets such as Latin America several years later. Our survey finds that LTE will be rolled out in Latin America at the same time as most deployments globally.”

Read the full article on cellular-news: LTE Will Be Launched by 60% of Operators in Latin America by 2013

The Mexican government has announced that it will not renew the licenses held by companies in the 2.5Ghz spectrum band and plans to recall the spectrum when the licenses expire.

The most significantly affected company will be MVS Comunicaciones which has 190Mhz of spectrum in the affected block. MVS holds 42 of the available 68 concessions in the spectrum band, with the rest allocated to 11 other companies.

Last year, MVS Comunicaciones announced plans for a US$1 billion investment in a 4G mobile network as part of a consortium of companies, including US WiMAX operator, Clearwire and chipmaker, Intel. The company later abandoned the plans, citing a poor regulatory regime in the country.

MVS had offered US$500 million to renew its licenses, but the government had asked for US$1.2 billion, and that was for two-thirds of its holdings. Talks have seemingly broken down and now the government will push ahead with the recall of the spectrum.

Communications and transport (SCT) minister Dionisio Perez-Jacome said that the spectrum would be recovered as just 200,000 customers would be affected and it can be resold for use by LTE services.

Millicom International Cellular, which operates under the Tigo brand name, has signed a partnership agreement with Rocket Internet to jointly develop franchises in the online sector in Latin America and Africa.

Over a four year period, Millicom has the option to gradually acquire controlling stakes in two subsidiaries of Rocket Internet, which currently control 8 operating businesses with combined estimated revenues of circa EUR35 million in 2012. The two subsidiaries develop and offer services through franchises in online payments and e-commerce.

As Millicom has a clearly defined path to control, these businesses will be fully consolidated from closing and reported as a sixth category called Online.

Both holding companies are required to launch a number of new businesses in Latin America and Africa over the next 3 years. Accumulated start-up losses over the first three years of operation are expected to be below EUR250 million. Over time, Millicom expects to extend similar services to its existing markets, generating both additional revenues and costs synergies.

Upon closing, Millicom will acquire a 20% stake in both subsidiary companies, through two reserved capital increases. Millicom has been granted options to increase its stakes up to 50% without management rights over 24 months and a final option to acquire the remaining 50% of these two holdings with full management rights by no later than September 2016 at fair market value. The total consideration to be paid to acquire the first 50% will be EUR340 million in three instalments (EUR85 million upon closing expected in Q4 2012).

Mikael Grahne, Millicom’s President and CEO, commented: “We are pleased to partner with Rocket Internet to develop an online and e-commerce franchise in Latin America and Africa, where these promising sectors are nascent. Rocket Internet has a proven track record of rapidly developing successful operations in the online and e-commerce sectors. Millicom has a strong know-how of operating in the fast moving consumer goods industry in Latin America and Africa.”

Get access to the Millicom owned Tigo operators with Latin Target.