Mexican state-run oil company Pemex has hired Credit Agricole to sell its stake of just over 9 % in Spanish oil major Repsol, according to Reuters.

Pemex, a long-time Repsol shareholder, has had an increasingly fractious relationship with the Spanish group.

It has publicly locked horns with Repsol chairman Antonio Brufau over how he handled negotiations after Argentina’s 2012 seizure of the company’s YPF business, which ended in a US$5bil settlement this year.

Pemex could sell its Repsol holding in several stages, including a market offering. Pemex has 9.3% of the Spanish group, according to a Repsol filing witho Madrid’s stock market regulator yesterday.

The stake’s market value is worth about 2.3 billion euros (US$3.19bil) the third largest stakeholder in Repsol

A spokesman for Grupo Villar Mir, a holding company comprising the businessman’s OHL stake as well as his energy and property ventures, denied the report’s claims.

“There has been no contact or conversation over taking a stake in Repsol,” the spokesman said.

Spanish bank La Caixa is Repsol’s biggest shareholder, with about 12% of the company.

Repsol last week created the new role of chief executive officer after pressure from Pemex to shake up the management structure. 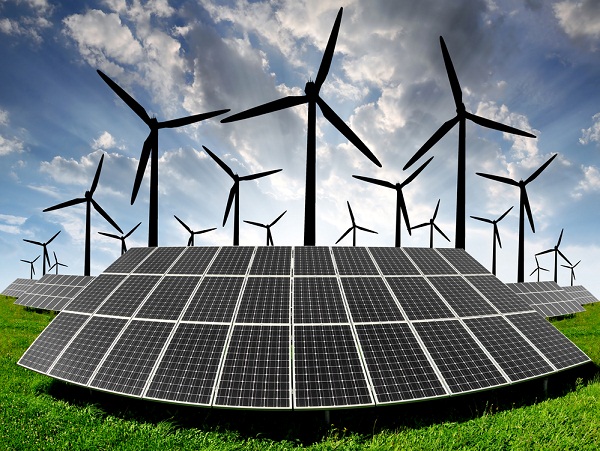 A great article from

on the advancement of clean energy investment in Latin America, and what countries in the region are doing to  add to the fabric of the global renewable energy process. Future investment will be key to keeping this going, and all signs point towards added investment at a major rate over the next few years.

To find out more about Latin America’s biggest investors and producers of clean energy, give Latin Target a test drive. We give you inside access and the most updated information about the top decision-makers and companies on the continent.  Give us a call today to find out more.

Clean energy investment is booming in Latin America with a huge US$4.6 billion recorded in 2012, signalling the region’s potential to lead the global clean revolution.

The investment is a 127% increase on 2011, according to data that has been released by Bloomberg New Energy Finance (BNEF) ahead of this week’s Renewable Energy Finance Forum – Latin America and Caribbean in Miami.

Maria Gabriela da Rocha Oliveira, Head of Latin America Research and Analysis at BNEF said: “The increased investment in non-Brazil Latin America was driven by increased activity by the Inter-American Development Bank. Additionally, European players, both project developers and manufacturers, have become more active in the region given grim conditions at home.”

Carlos St. James, president of the Latin American and Caribbean Council on Renewable Energy (LAC-CORE) and CEO of VOLA Investments LLC said: “As investments in clean energy declined in 2012 due to the ongoing financial crisis, the sector was actually growing in most of Latin America. This is a huge boon for clean energy finance and the region, which we expect to continue to grow. The most exciting trend is that this has moved beyond Brazil, with other countries now seeing amazing growth and potential.”

Mark Kenber, CEO, The Climate Group, said: “Not only does this huge growth not count the region’s largest economy, Brazil, it is all the more impressive considering the 11% drop in clean energy financing that the rest of the world experienced in the same period, as reported by BNEF in January. While the overall decline helped drive international businesses towards the more promising markets in Latin America, these emerging economies are investing in clean energy because they see the opportunity of secure energy, lower technology costs, quick installation and sustainable growth. Clean energy investment has driven job creation and is seen by many as the key the long-term competitiveness.

“2012’s clean energy investment surge reflects Latin America’s potential to lead the global clean revolution, but national policies must continue to give green investors the incentives and stability they’re looking for to maintain a steady growth in 2013 and beyond.”

On Monday, Brazil’s powerhouse state-run energy firm Petroleo Brasileiro SA (Petrobras) unloaded $11 billion of global debt in what’s been reported as the largest bond offering by a Latin American company in history. The deal was split six ways, with maturities ranging from 3 to 30 years, of both fixed-rate debt and floating-rate debt. According to inside sources, investors made bids as high as $50 billion for the bonds, demonstrating a strong demand for these types of high-rated emerging market companies.

Petrobras confirmed that it has already received more than half of its $20 billion goal this year, which will be slated for investment in oil production and expanded exploration in the near future. The Brazilian oil firm also announced it has plans on spending $237 billion over the next four years in what many analysts say will be the largest corporate investment plan by a single company in the world.

The last time Petrobras sold debt, in February 2012, the company raised $7 billion, which by all standards was still a significant achievement. They did this by offering bonds comprised of four different maturities, in a similar spit as their most recent venture this Monday. With this move, timing is everything. Petrobras is also expected to participate in a Brazilian oil and natural gas rights auction later this week, putting it in a great position after Monday’s bond sale.

This latest deal was facilitated on a massive scale by many of the world’s top financial institutions, including the Bank of America Corp., Banco do Brasil SA, Citigroup Inc., HSBC Holdings PLC, Itaú Unibanco Holding SA, JPMorgan Chase & Co., and Morgan Stanley & Co. The sale also had an effect on the global currency market, driving up the value of the Brazilian Real, increasing 0.6%, and making the only positive motion against the dollar by a major currency. The Real is rallying on speculation Petrobras will exchange some of the money it raises from Monday’s bond sale into local currency.

Latin Target, the premium source of business contact information in Latin America has rolled out a new feature Latin America’s Movers & Shakers.  The  listing includes over 50 of Latin America’s most powerful and influential businessmen and women.

Already a subscriber to Latin Target? Log in and go to the report. Sign in now: login.latintarget

Want to learn more about a subscription to Latin Target. Take a test drive.

Carlos Slim, the Mexican telecommunications tycoon and the world’s richest man, intends to increase investment in Latin America to benefit from cheaper technology and the region’s increasing purchasing power before looking to break into other markets.

In an interview with the Financial Times, Mr Slim, who is the controlling shareholder of América Móvil, the region’s biggest telecoms company, said: “The fertile ground is Latin America . . . within 10 or 15 years, it is going to break the barrier…

Read the full article here at the Financial Times

Petrobras’ CFO and Investor Relations officer, Almir Guilherme Barbassa, announced the Company’s financial and operating results for the 4th quarter and fiscal year 2010 yesterday at their company headquarters in Rio de Janeiro. The net income increased 17% over 2009, and the EBITDA reached R$60 billion 323 million. Total oil & natural gas production was up 2% over 2009, averaging 2,583,000 barrels per day.

The proved reserves closed the year at 15.986 billion barrels of oil equivalent (boe) by the SPE/ANP criterion. The Reserve Replacement Index (RRI) was 229%, and the reserve/production ratio stood at 18.4 years. Investments totaled R$ 76 billion 411 million, and were 8% above 2009, with a focus on increasing the oil and natural gas production capacity, on improving the refining park, and the natural gas infrastructure.

Mexican billionaire Carlos Slim said he is looking towards Colombia’s oil industry, as the world’s richest man boosts infrastructure investments outside his home country.
“We are looking at opportunities in other countries that look interesting to us. In Colombia we know that there has been a lot of investment. The government is actively looking at the development of the oil industry and is promoting other investments,” Slim said in an interview with Bloomberg television aired on Thursday.
Colombia has experienced a boom in oil and mining investment since a 2002 U.S.-backed crackdown against leftist rebels. A flood of new players has emerged to take advantage of government policies meant to attract fresh cash.
The South American nation is also the world’s No. 5 coal exporter, but a series of mining explosions that killed dozens of workers over the last year have prompted calls for stricter government oversight at a time when Colombia’s mining sector is enjoying a mini-boom.
Colombia said on Wednesday it could extend a suspension of new requests for mining concessions for up to one year due to the recent accidents in the industry.
Ranked the world’s richest man by Forbes magazine, Slim spun off shares of his miner Frisco last month, betting on future demand for metals such as copper and gold as commodities prices around the world soar.
“I think the prices of primary products in the next years will have a bigger demand by a population that is getting out of poverty and is getting involved in the market,” Slim said in the interview, held in New York.
Frisco has said it will continue searching for more exploration land as it starts operations at five of its existing mines across Mexico during 2011 and 2012.
Slim told reporters two weeks ago that he is funneling 10 billion pesos into Frisco this year and another 13 billion pesos more into his infrastructure firm Ideal.
The entrepreneur also owns Swecomex, which provides engineering and platform construction services for the oil industry in Mexico, with state-run giant Pemex a key client. However, Slim has stayed away from costly and labor intensive deep water exploration in the Gulf of Mexico.
—
See Carlos Slim owned company records in Latin Target.